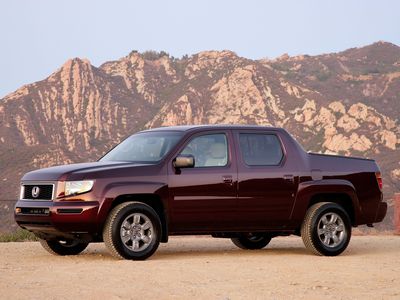 If reports from AutomotiveCompass, Allpar and The Windsor Star are correct, Chrysler will add a new product to the Ram Trucks portfolio for the 2014 model year. Dubbed the “TR Ram Life Style Truck”, the vehicle will be built from Chrysler’s minivan platform and will be assembled in their Windsor, Ontario, Canada plant.

Part car, part truck, the new addition to the Ram family will follow along the lines of the discontinued Ford Explorer Sport Trac and the Subaru Baja. both of which blended the practicality of a sedan with the versatility of a pickup.

The Star refers to the Ram Life Style Truck as a competitor to Honda’s Ridgeline. but that seems like an odd target to pursue. Since its launch in 2006, the Honda Ridgeline has sold no more than 50,000 units in a single year.  In 2010, Honda sold just 16,142 units, which prompted a flurry of rumors about the cancellation of the Ridgeline. Honda quickly dismissed them, stating that the Ridgeline has a strong following and increases the automaker’s “share of garage.”

It's not the first time such a vehicle has been discussed at Chrysler, and the Dodge Rampage concept pictured above was well received when it debuted at the 2006 Chicago Auto Show. Whatever the competition or intended market turns out to be, the Ram Life Style Truck will ensure the future of the Windsor plant by filling capacity given up when production of VW’s Routan ends in 2014.